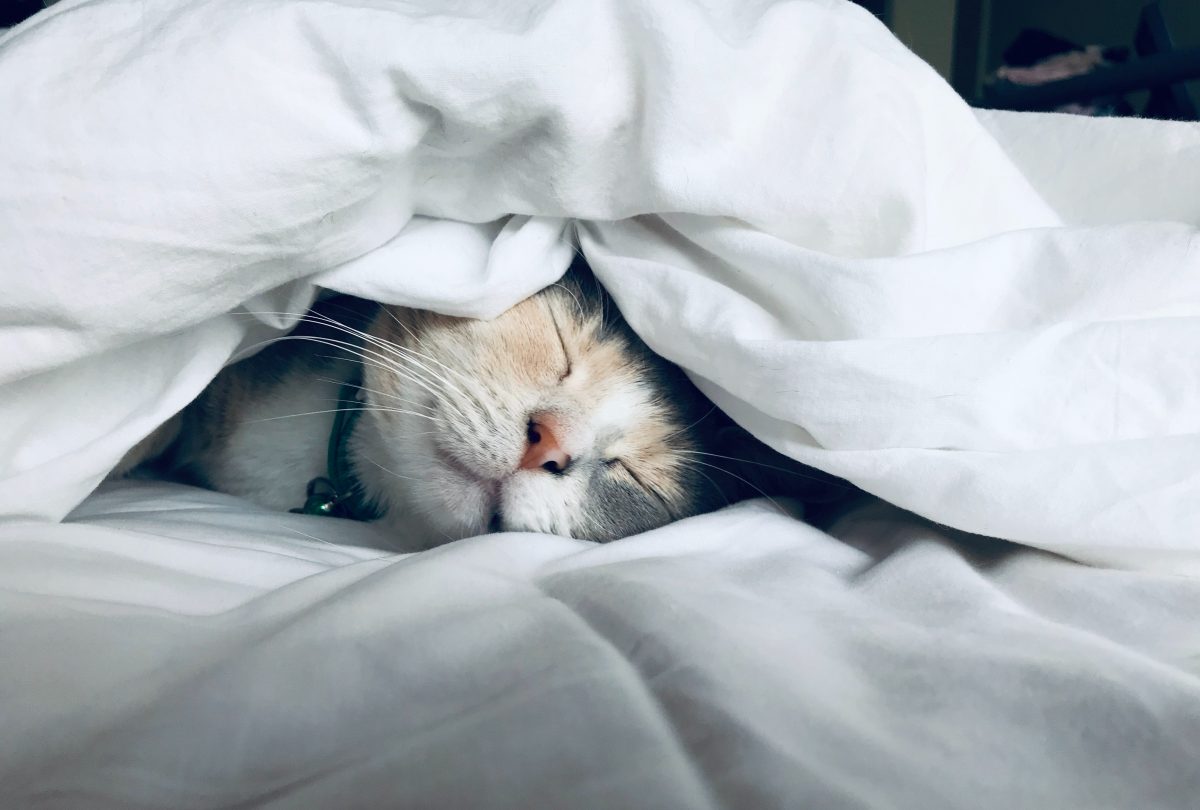 Studies show you can indeed play white noise to help you fall asleep and stay asleep. But advances in science, technology, and art have yielded entire playlists of soothing, sound masking tracks that take the efficacy of white noise to a whole new level ...

In today’s world of prolific sleeplessness, many people opt to play white noise as a possible solution to help them drift off to sleep. The World Association of Sleep Medicine considers sleep problems and sleep deprivation to be a global epidemic, severely threatening the health and quality of life for up to 45 percent of the world’s population. And so it is a relief to know there exist options to aide sleep. Scientific studies suggest white noise can help induce sleep and keep sleep from being interrupted.

The Centers for Disease Control and Prevention (CDC) recommends adults obtain a minimum of seven hours of sleep during each 24-hour period for peak health and wellness. Despite this, the American Sleep Association informs us that a staggering 35.3 percent of U.S. adults report obtaining less than seven hours of sleep in a typical 24-hour period. Many of us consider sleep as something we can skimp on in order to get more done. We convince ourselves sleep doesn’t matter as much as our other life tasks and functions.

The idea that sleep is trivial is not only extremely erroneous; it can also be very harmful. The effects of sleep deprivation on health and well-being are numerous, significant, and serious. According to Johns Hopkins Medicine, sleep deprivation can significantly increase the risk of type 2 diabetes, colorectal cancer, dementia, high blood pressure, heart disease, depression, anxiety, and much more. Not to mention sleep deprivation can be injurious or fatal in other ways, for instance, safety. The National Highway Traffic Safety Administration informs us that 71,000 people suffer injuries every year due to sleep-related accidents.

Why does it help us sleep to play white noise? First, let’s consider what white noise actually is. The definition of white noise is a noise containing all the frequencies audible to the human ear, playing simultanesouly and at equal intensities. When we play white noise, we hear something similar to a fan whirling or the static emitted by a fuzzy-screened TV.

The way white noise helps us sleep is through its ability to mask unwanted or potentially disturbing sounds. White noise, much like its related hues of noise such as pink noise and brown noise, has powerful sound masking potential. This means that white noise (or pink or brown, or any noise with sound masking capacity) lessens the degree of audible difference between background noise and “peak” noises that could disrupt sleep (such as a slamming door or barking dog). So it’s not only white noise that can help us sleep. Playing sound masking sounds helps block out noises that would keep us awake or wake us once we’re sleeping.

A new sound technology called Endel leverages the soothing efficacy of sound masking. A Berlin-based team of scientists, developers, and artists created Endel. They based it on their thorough understanding and profound appreciation for the physiological and psychological impact of sound. The Endel sound engine is algorithm-powered. It bases its algorithm on circadian rhythms (our natural sleep/wake cycle), pentatonic scale (the music made on a scale with five notes per octave, scientifically linked to increased relaxation), and … Yep, you guessed it: sound-masking. The resulting ambient soundscapes produced by Endel are physiologically natural, relaxingly pleasant, and comfortingly calming.

Endel’s revolutionary sound technology is globally available in app form on iOS. Notably, Endel is also the first-ever app to become an artist on Apple Music and iTunes, where Endel first released a groundbreaking series of five ambient sleep sounds playlists. Endel’s sound masking infused sleep sounds playlists are also now available on Spotify and soon to be available on all streaming services. Each of Endel’s sleep sounds albums is an hour-long in its play time and features 23 tracks of scientifically proven, masterfully crafted, soothingly effective sleep sounds. These are the sounds to sleep to that act like a sonic portal to deeply restorative slumber.

Click the “play” button below to preview the Clear Night, Cloudy Night, Rainy Night, Foggy Morning, and Cloudy Afternoon playlists (then click “listen” if you wish to view the album on Apple Music or Spotify).

So yes, you know you can play white noise to aide sleep. But now you also know you can download five full hours of the most advanced and effective — not to mention tranquilly relaxing — sleep sounds through Endel’s five new sleep playlists. After having previewed the Sleep albums above, you’ll probably have realized they’re a fair bit more pleasant and drowsing than plain old white noise.

Also, now that you’ve discovered Endel’s ambient, naturally-inspired, deeply soothing Sleep playlists, don’t you want to spread the word? The beginning of this article outlined the severity of sleep deprivation — both in its pervasiveness and its severity. These sleep sounds might be a beautiful and life-changing gift to give to friends and family in order to help them sleep better. There’s little doubt that if we could all obtain more and better quality sleep, the world would be a better (or at least more restful) place.

And don’t forget about the Endel app. It further advances the sleep sounds it generates by personalizing them. The Endel app tailors ambient sounds to enhance sleep specifically for each listener. It does this through personal inputs like location, time zone, weather, and heart rate.

You can download the Endel app here, or via the button below:

And for good measure, here’s 10 hours’ worth of another option for you to play white noise …
Relaxing Digital ×