Find Your Calm With This Peaceful Sounds App 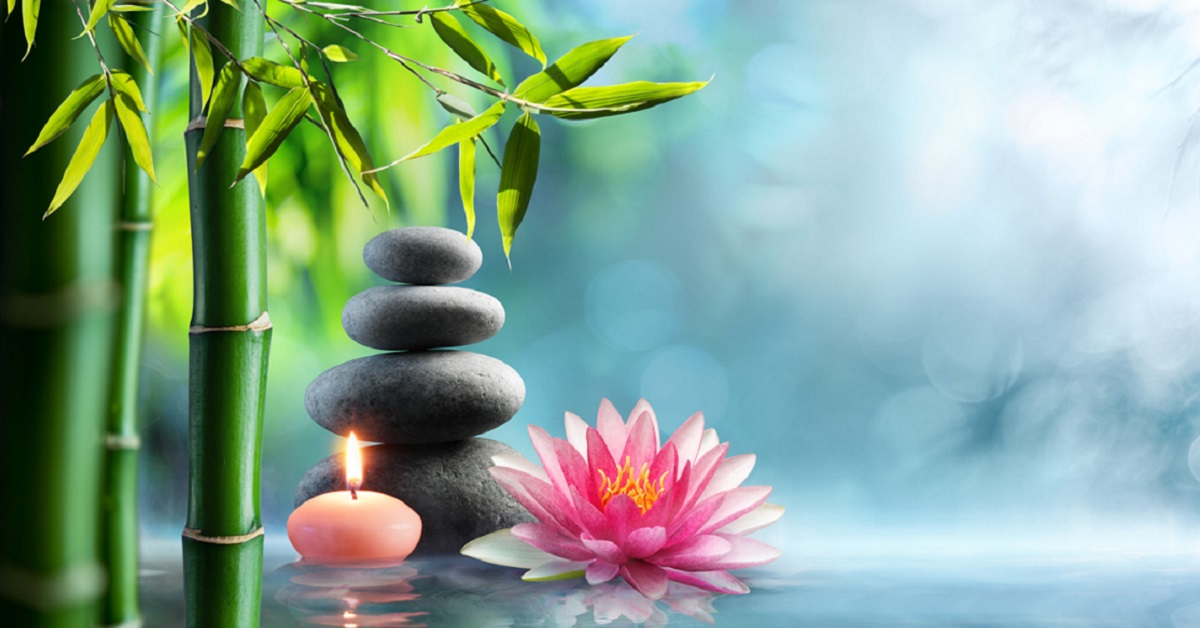 When people listened to this app, they reported feeling 3.6 times less anxiety. Find out how its soothing sounds can help you realize a state of peacefulness.

A peaceful sounds app may be just what you need to improve mindfulness and inner peace.  “Better than a thousand hollow words, is one that brings peace,” said Buddha. We can take inspiration (and action) from this quote by turning it to the subject of sound: Best of all the thousands of sounds to which we are subjected are those that bring us peace. In his TED talk on “The 4 ways sound affects us,” sound expert, speaker, and author Julian Treasure explains that “sound affects us physiologically, psychologically, cognitively, and behaviorally all the time. The sound around us is affecting us even though we’re not conscious of it.” We are constantly bombarded by sound, and many of the noises we hear only exacerbate the perpetual stress inflicted on our bodies and minds. But certain types of sounds also can soothe us. A peaceful sounds app called Endel creates personalized sounds that calm your mind to create feelings of comfort, safety, and serenity.

The power of a peaceful sounds app

Peacefulness, according to Merriam-Webster, is “a state of freedom from storm or disturbance.” Ah, to feel the freedom of release from conflict and distress! But most of us often don’t feel such freedom. According to a 2017 Gallup Survey, 79 percent of Americans say they feel stress sometimes or frequently during their day. In a turbulent world where every day seems to bring a storm of stress and disturbance, we need a way to access the feeling of peaceful freedom. Immersing ourselves in certain sounds — whether with headphones or in a room where we can play them on a speaker — can deliver us to a state of peacefulness.

Below are some peaceful sounds scientifically proven to decrease stress and increase relaxation. The Endel app combines all of these peaceful sounds in the tranquil, personalized soundscapes generated by its sound engine.

The American Psychological Association’s published a study on the 2017 results of nationwide surveys on Stress in America. In the results, 47 percent of Americans reported they managed stress by listening to music. Listening to music emerged as the most common way Americans said they manage stress – even more so than exercise.

Studies have linked classical music as well as music we like with significant reduction of negative emotional states. Other studies suggest music as particularly effective in reducing anxiety and improving relaxation during particularly stressful times, such as undergoing chemotherapy.

Humans have found themselves drawn to a certain type of music for thousands of years. Pentatonic music, the music made on a scale with five notes per octave, shows up in ancient folk music all over the world. From Europe to South America to Africa, ancient cultures made music using the pentatonic scale. This indicates pentatonic music has an inherent quality humans sense naturally, and find familiar. And familiarity equals comfort when it comes to pleasant sounds. Studies reveal that listening to pentatonic music can significantly reduce stress hormone levels.

Sounds can also help us feel peaceful by preventing us from hearing stressful noises. White noise is one sound that can mask disturbing noises. It does this by lessening the difference between background noise and especially loud or nerve-wracking “peak” noises. Thus, it makes us less able to hear sounds that might stress us out. One study showed that playing white noise to patients significantly improved their level of relaxation.

Sounds found in nature can also act as a sort of natural white noise. Listening to a running river, a blowing breeze, or a whooshing ocean can mask sounds like traffic and talking. Besides acting as natural white noise, nature sounds calm us. A recent study published in Scientific Reports discovered listening to natural sounds can activate the parasympathetic – “rest and digest”– nervous system. It further linked listening to artificial sounds to activation of the sympathetic – “fight or flight” – nervous system. In short, sounds of nature relax us, while man-made sounds tense us up for action.

Peaceful sounds made for you via a Peaceful Sounds App

A Berlin-based team of artists, developers, and scientists who understand the connection between peace and sound created the Endel app. Endel creates personalized, sound-based, adaptive environments to align body and mind. Endel bases its core algorithm on pentatonic scale, sound masking, and circadian rhythms. Its use of pentatonic scale and pure intonation results in simple, physiologically natural sounds that turn your frown upside down.

Soothe your brain and soul with Endel. Choose Focus Mode to sort out all stuff to be done before holidays, Relax Mode to recharge, and Sleep Mode to get maximum from your nights and naps.

Users can choose between four Endel modes: Sleep, Relax, Focus, and On-The-Go. The app then tailors its pentatonic + naturally sound-masking soundscapes specifically to you. It personalizes your sounds based on personal inputs including your heart rate, location, time, and weather wherever you are. This means peaceful sounds perfectly pertinent for your here and now.

If you need more peace in your life, allow the power of sound to pacify you. In a user survey, the relaxing sounds of Endel decreased listeners’ anxiety by a factor of 3.6x. Allow this revolutionary app to calm the storm of your stress with its calming sound waves.

You can now download the Endel app here, or via the button below: