Does White Noise Help You Sleep? Yep. Here’s Why. 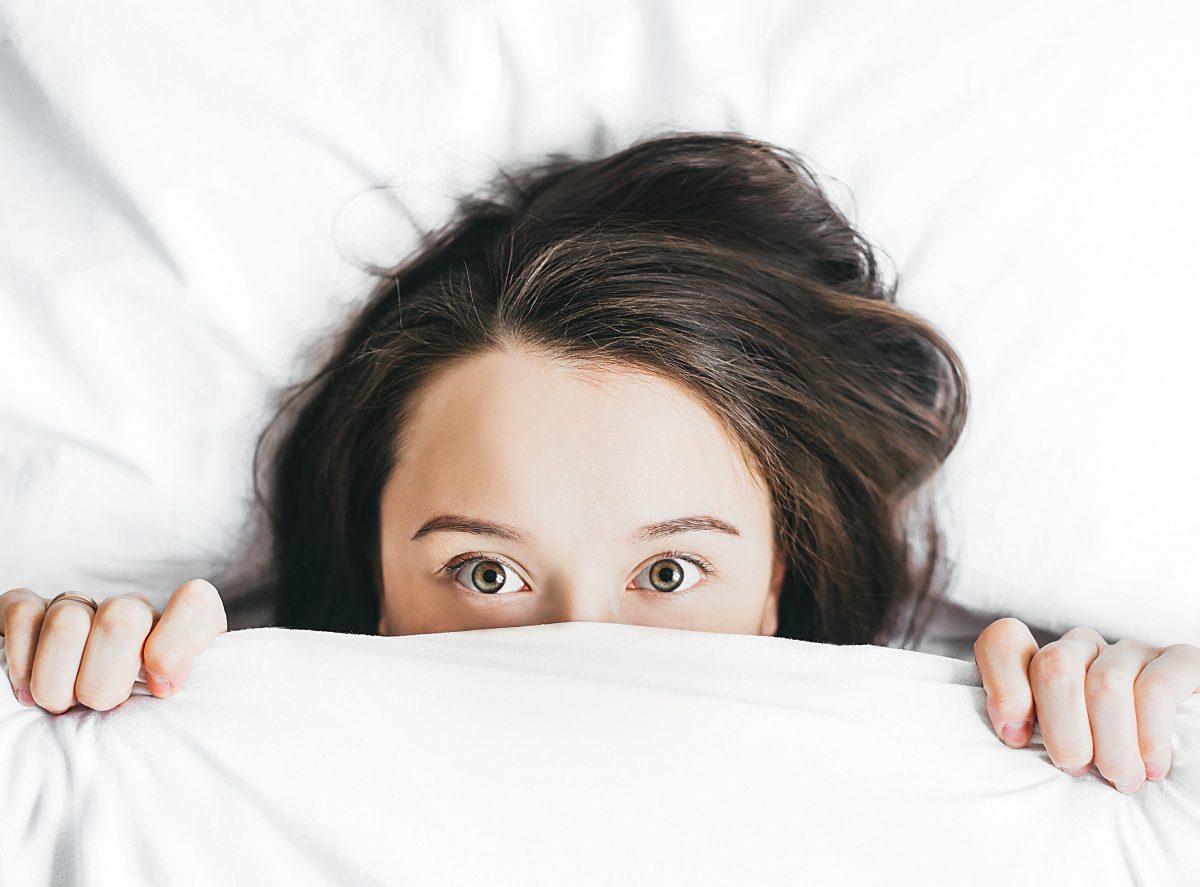 If you're wondering if white noise helps you sleep, science has already conducted multiple investigations for you. (Spoiler: It does.) Now, you can access whole playlists of ambient sounds that have the same sleepy, sound masking power as white noise...

You’re the kind of person who hears a supposition and wants some reliable proof before accepting it as fact. Recently, you heard white noise can be an effective sleep aid. But you’re thinking to yourself, “Does white noise help you sleep? Do people just say that, or has it been proven?” Good for you for wanting some evidence. And when it comes to answering the question of whether white noise helps you sleep or not, science has provided some significant evidence that it does.

What exactly is white noise?

White noise is a noise containing all the frequencies audible to the human ear, playing simultanesouly and at equal intensity. The static or fan-like sound of white noise is particularly effective at helping mask unwanted background noise — or sound masking. It masks certain sounds by decreasing the difference between background noise and “peak” noises (like a plate breaking or a dog barking) that would be particularly disturbing. According to the National Sleep Foundation, 74 percent of Americans say a quiet bedroom is important to a good night’s sleep. So a noise that can help create an atmosphere of quiet through sound masking could be vital to sleeping well.

Multiple scientific studies have sought to answer the question — Does white noise help you sleep? — and as a result demonstrated the relaxing and drowsing effects of white noise. One groundbreaking study put two groups of 20 newborns between two and seven  days old in a randomized trial to test the effect of white noise on sleep induction. The disparity in rates of falling asleep between the two groups of infants was staggering. In the group of 20 newborns subjected to white noise, sixteen — or 80 percent — fell asleep within five minutes. Comparatively, in the control group, only five — or 25 percent — of the infants fell asleep spontaneously.

Another scientific study linked playing white noise to significantly improved relaxation in coronary care patients. The sound masking capacity of white noise also can help calm and quiet our minds by keeping interruptive or disquieting noises from entering the quasi meditative state that comes before sleep.

According to neuroscientist Ben Martynoga of the National Institute for Medical Research in London, “White noise can help you get into an almost meditative state.”

Based on a deep understanding of the profound psychological and physiological effects of sound, a Berlin-based team of scientists, developers, and artists created and recently released a groundbreaking new sound technology called Endel. The technology of Endel leverages the neuroscience behind how white noise helps infants sleep and relaxing sounds reduce stress and anxiety (and have a positive effect on heart rate and blood pressure). Founded in this research, Endel expertly curates sounds that align mind and body toward various moods or modes (such as sleep). Endel is algorithm powered; circadian rhythms (our natural sleep/wake cycle), pentatonic scale (the music made on a scale with five notes per octave, scientifically linked to increased relaxation), and sound-masking comprise its algorithm.

Recently, Endel produced and recently released a series of sleep playlists composed purely of sounds to enhance sleep ease and quality. Each of Endel’s hour-long sleep sounds albums features 23 tracks of gentle, soothing sounds to help lull you into deep sleep and keep you there. The power of sound masking is intrinsic to Endel’s ambient sleep sounds tracks.

Click the “play” button below to preview Clear Night, Cloudy Night, Rainy Night, Foggy Morning, and Cloudy Afternoon playlists (then click “listen” if you wish to view the album on Apple Music or Spotify).

Does that preview give you a (drowsy!) feel for Endel’s scientifically-backed, expertly-crafted, hypnotically soothing sounds? You were wondering, does white noise help you sleep? And you found the answer — provided by science — to be yes. But the science and technology surrounding sleep sounds has progressed leaps and bounds from simple white noise. Now you can benefit from the soporific potency of sound masking through ambient background noise composed of pentatonic notes, naturally-inspired sounds, and sound masking power all interwoven into five powerful sleep sounds albums.

Endel is also available in app form. On the app — which acts as an adaptive audio ecosystem — the soothingly effective ambient soundscapes of Endel are designed for personalization. Personal inputs including heart rate, location, weather, and time zone allow the app to tailor its sounds on the fly in order to accommodate a listener’s state and setting. The Endel app further enhances the alignment of body and mind for other states beyond sleep. Users can choose from sound modes including Relax, Focus, and On-The-Go as well as Sleep.

Download the Endel app here, or via the button below:

Now that you know sound masking is a powerful tool to that does help you sleep, don’t forget to share Endel’s playlists and the Endel app with friends and family. The gift of better sleep might be one of the best you can give.
Relaxing Digital ×