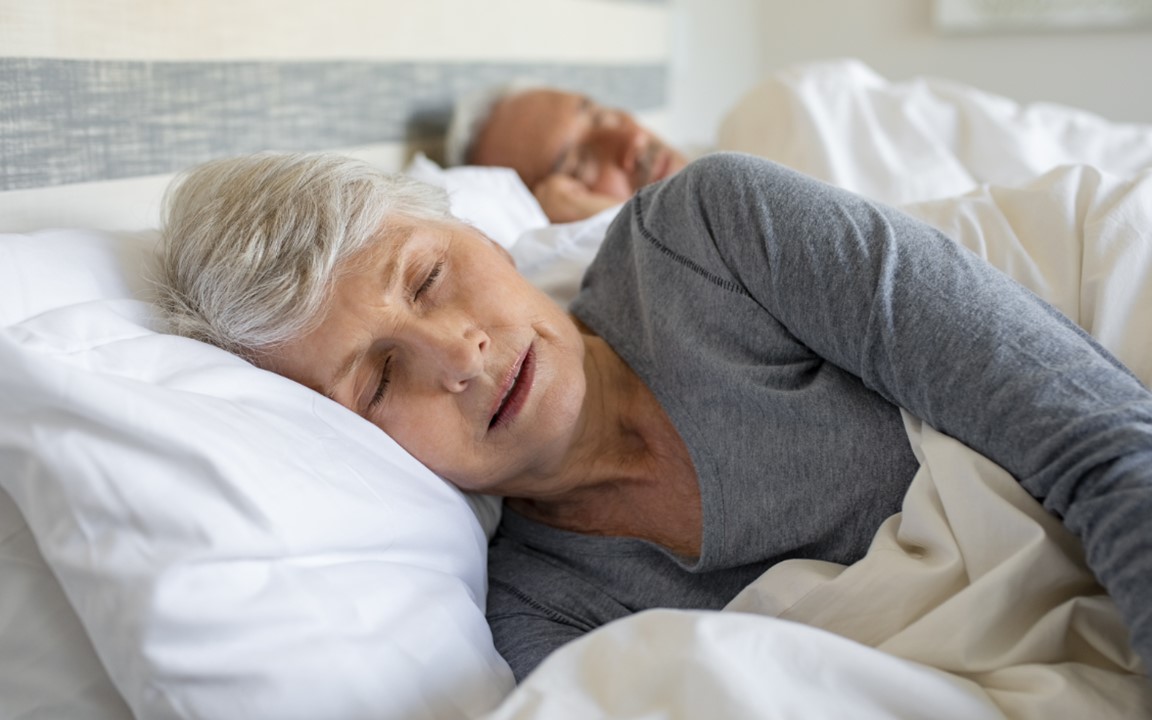 Deep sleep is critical when it comes to maintaining the health of our brains. Learn more about this sleep stage and how relaxing sounds come into play!

Generally speaking, sleep can be divided into three parts: light sleep, rapid eye movement (REM), and deep sleep. In light sleep and REM, an individual’s brain waves are very similar to brain waves while awake. Deep sleep is characterized by long-burst brain waves called delta waves, which occur only during this window. When humans don’t get enough deep sleep, the ability to learn is inhibited and the body’s cells struggle to recover. Deep sleep is also the stage in which individuals commit daily interactions to long-term memory, which also influences a person’s personality.

Getting restorative deep sleep is proving to be mission critical when it comes to maintaining brain health. According to Medical News Today, adults who do not get enough deep sleep may be at greater risk of developing Alzheimer’s disease.

A recent study from Missouri’s Washington University School of Medicine, found that older people who experience less deep sleep have elevated levels of a brain protein called tau. A higher level of this protein is considered a sign of the devastating disease while also being associated previously with brain damage and cognitive decline.

“The key is that it wasn’t the total amount of sleep that was linked to tau, it was the slow-wave sleep, which reflects quality of sleep,” explains study author Dr. Brendan Lucey, director of the Washington University Sleep Medicine Center and an assistant professor of neurology.

“The people with increased tau pathology were actually sleeping more at night and napping more in the day, but they weren’t getting as good quality sleep,” he adds.

It really is a game of quality over quantity, so how can you help yourself optimized your sleep cycle? As detailed by sleep researcher Dr. Dan Gartenberg’s 2018 TED Talk, playing sounds that mirror the brain’s delta waves specifically during this stage may lead to the deeper sleep and its potential benefits regarding our health, memory, and ability to learn.

Finding the right sound environment to promote this stage of sleep is key. While engineered sleep sounds are popping up on the smartphone app scene, one such app called Endel was designed by a dedicated Berlin-based team of artists, developers, and scientists. This iOS mobile app is now available worldwide and generates real-time personalized sound environments to enhance sleep, focus, and relaxation. This recently released tool makes it easy for its user to ease the mind, minimize distractions, and help capture some valuable rest in a more relaxed environment. The app’s sound engine incorporates specially tuned noises to make distracting sounds and harsh interruptions less audible.

Why personalization of sound is so important for us? In real life we are travelling and commuting, meeting people, and having conference calls. There's no single track or a playlist that can help us to focus or relax fully in all those different situations. Endel creates a unique soundscape just for you and just for this moment — to achieve full immersion through any activity.

Users can choose from four different sound modes based on their personal needs at any given time— Sleep, Relax, Focus, and On-the-Go. The app then automatically generates a distinct natural soundscape, which also adapts real-time to a number of personal inputs like location, time zone, weather, and heart rate. Endel’s core algorithm is based on circadian rhythms, pentatonic scale, and sound masking. These carefully crafted sound environments are completely algorithm-powered and meant to gently rise and fall in line with your current conditions.

Download Endel at the App Store here or via the button below to kick off your journey to achieving deeper, more restorative sleep.