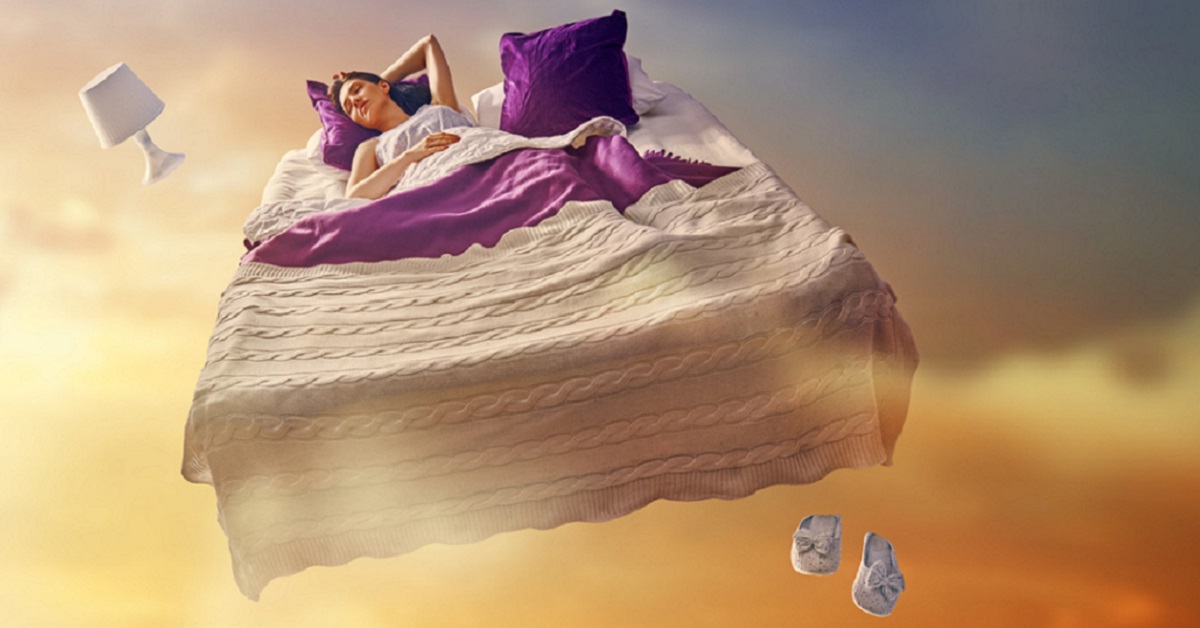 Watch sleep researcher Dr. Dan Gartenberg explain the benefits of deep sleep and the importance of a certain type of brain wave here!

Deep Sleep Science is studying how deep sleep is critical to the human brain and its ability to function correctly. Learn more about brain structure, sleep stages, and the utilization of sounds that mirror vital brain waves below!

The Brain’s Relation to Deep Sleep

As highlighted by the National Institute of Neurological Disorders and Stroke, the brain is the epicenter of the sleep cycle and many sections within your body’s ultimate ‘control panel’ are involved in the process. The peanut-sized hypothalamus, which affects sleep and arousal, contains the suprachiasmatic nucleus (SCN). This nucleus contains thousands of cells that receive information about light exposure directly from the eyes and control your behavioral rhythm. The brain stem communicates directly with the hypothalamus to control the transitions between wake and sleep. This structure at the base of your brain also sends signals to relax muscles essential to movement and helps achieve REM sleep. The thalamus relays information from the senses to the cerebral cortex and helps you tune out the external world. During REM sleep, the thalamus is responsible for our dreams. Meanwhile, the pineal gland increases and decreases the production of the sleep-promoting hormone melatonin.

To capture the best quality of sleep possible, your brain must be primed to easily slip into recuperative deep sleep. Fortunately for us, the brain’s most complex inner-workings are becoming better understood through research and progress is being made in regards to finding the triggers needed to achieve optimal sleep.

The Three Stages of Sleep

Generally speaking, there are three main stages of sleep: light sleep, rapid eye movement (REM), and deep sleep. In light sleep and REM, an individual’s brain waves are very similar to brain waves while awake. Deep sleep is characterized by long-burst brain waves called delta waves, which occur only during this window. When humans don’t get enough deep sleep, the ability to learn is inhibited and the body’s cells struggle to recover. Deep sleep is also the stage in which individuals commit daily interactions to  long-term memory, which also influences personality. As people age, these regenerative delta waves decrease and can be considered an indicator of biological youth.

What if technology could help us transition into deep sleep mode more easily and aid in getting the most out of our rest time? Sleep researcher Dr. Dan Gartenberg is working on technology that stimulates deep sleep, the most regenerative stage of the process. Watch him explain how playing sounds that mirror brain waves specifically during this stage may lead to the deeper sleep and its potential benefits regarding our health, memory, and ability to learn.

It’s fascinating to listen to Dr. Gartenberg outline his research and emphasize the importance of deep sleep alongside encouraging the production of delta waves. The sound he played for the audience is actually at the same burst frequency as your brain waves when your brain is in deep sleep. Nailing down sound patterns that prompt the brain to have more of these regenerative delta waves is certainly key in continuing to develop the right sound environment to promote this stage of sleep.

The App Has It

Scientifically engineered sleep sounds are starting to appear within the smartphone app landscape. One such app is Endel, which was designed by a dedicated Berlin-based team of artists, developers, and scientists. This iOS mobile app is now available globally and generates real-time personalized sound environments to enhance sleep, focus, and relaxation. This recently released tool makes it easy for its user to ease the mind, minimize distractions, and help capture some valuable shuteye in a more relaxed environment. The app’s sound engine incorporates specially tuned noises to make distracting sounds and harsh interruptions less audible through sound masking.

Users can choose from four different sound modes based on their personal needs at any given time— Sleep, Relax, Focus, and On-the-Go. The app then automatically generates a distinct natural soundscape, which also adapts real-time to a number of personal inputs like location, time zone, weather, and heart rate.

Let Endel help you to unwind. We are building our smart environments to follow and support you during the day across multiple devices and platforms. iOS app is just the beginning — stay tuned! . . . . #smarthome #smarttv #homeautomation #soundhealing #relaxing #relaxing_time #unwind

Endel’s core algorithm is based on circadian rhythms, pentatonic scale, and sound masking. These carefully crafted sound environments are completely algorithm-powered and meant to gently rise and fall in line with your current conditions. This app gives your mind and body what it needs to achieve total immersion in any task, including falling into deep sleep. Download Endel at the App Store here or via the following button.