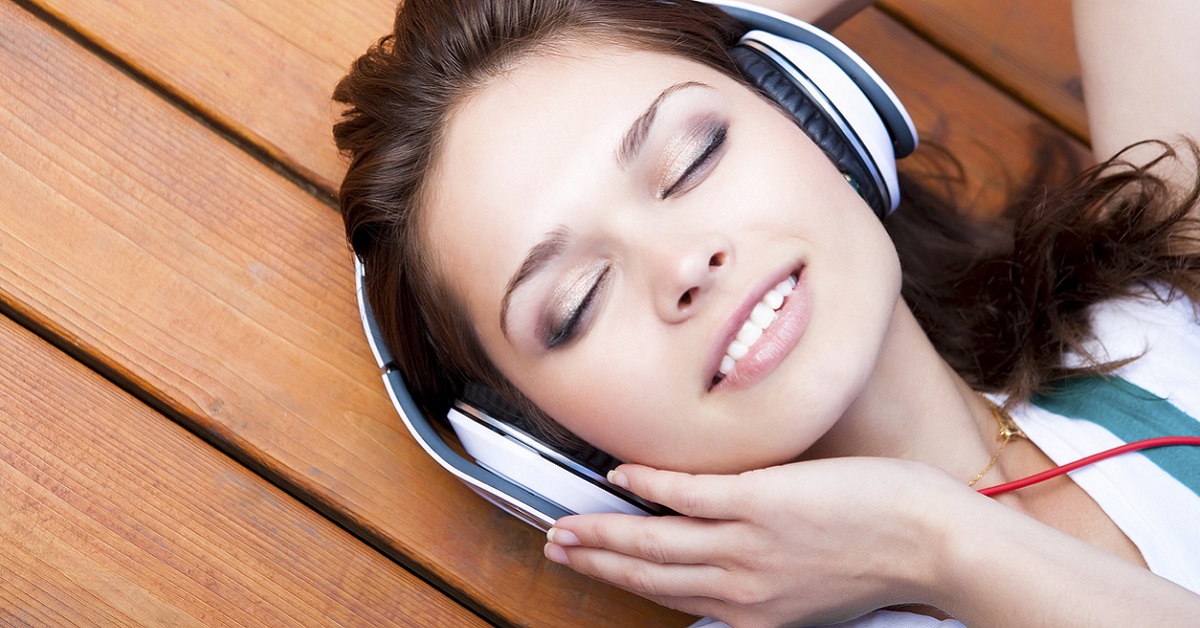 Here are 10 sounds scientifically proven to help you relax.

Listening to the best relaxing sounds has the power to significantly influence our health and wellbeing. Knowing sound has this capability, it’s important to be mindful of the sounds we choose as our life soundtrack. We could all use less tension and more relaxation in our lives, and sound can play a big role in determining how tense or relaxed we are. Fortunately, scientific studies have revealed the best relaxing sounds – those that ease our minds, relax our bodies, and improve our moods. Give yourself some intentional auditory love, and experience the tranquil and vitalizing reward.

We might not consciously realize or appreciate the sway sound can have on our mood, bearing, and aptitude. But we should pay more attention to what we expose our ears to because science tells us that it matters. Certain sounds make us physically and mentally tense, while other sounds help us relax and feel more at ease. Once we begin to tune in to how different sounds make us feel and operate, no doubt we will begin to recognize the power of sound firsthand. And we can start to use the power of sound for (our own) good by listening to sounds proven to calm us.

A 2017 Gallup survey reported that eight in 10 Americans feel stress sometimes or frequently during their day. If you feel stressed often, or even just sometimes, there’s something you can do about it. Pop on a pair of headphones or go to a space where you can play one or more – or some combination – of the following 10 sounds. These are the best sounds for relaxation, and you deserve a listen …

We know listening to sounds of nature helps humans relax both psychologically and physiologically. A recent study  published in Scientific Reports found that natural sounds relax us while artificial sounds tense us up. The study found that natural sounds activated the parasympathetic – “rest and digest” –  nervous system in subjects. Conversely, the study linked listening to artificial sounds with activation of the sympathetic – “fight or flight” – nervous system.

There is something intrinsically cozy and safe about listening to the rain fall outside your window while you’re warm and dry inside. And studies have shown demonstrated that falling rain can act as a relaxing and sleep-inducing sound. You don’t have to wait for a storm to enjoy the pacifying effects of auditory rainfall.

If white noise-like sounds can stop newborn babies crying in 86 percent of cases, as it did in this study, chances are it can have a relaxing effect on you. White noise is becoming a more and more popular way for babies and adults to fall asleep. It can also have a relaxing effect by helping to cancel out background noises that might be distracting or disturbing.

In a TED talk on The 4 Ways Sound Affects Us, sound expert Julian Treasures explains just why we find the sound of ocean waves so relaxing. Ocean waves come in and go out at around 12 cycles per minute. This one-cycle-every-four-seconds pattern reflects another natural cycle. The breathing of a sleeping person cycles at roughly 12 times per minute. No wonder we find listening to the ocean so soothing – it reminds us of the flow of our own breath at rest! And listening to the gentle, constant cycle of ocean waves tends to slow our breathing to keep time.   Ocean waves is often on the list of best relaxing sounds.

One of the most melodic, peaceful, and calming natural sounds is that of birds singing.

As mentioned, Julian Treasure’s TED talk on The 4 Ways Sound Affects Us emphasizes how natural sounds can positively affect our emotional state. Treasure says bird sounds are one of the most reassuring – and therefore relaxing – natural sounds humans can hear. “There’s a reason for that,” explains Treasure. “Over hundreds of thousands of years, humans have found that when the birds are singing, things are safe. It’s when they stop you need to be worried.”

When patients with sleeping difficulties chose between a variety of nature sounds played to help them sleep, the study revealed one of their most popular picks was bird sounds.

A study on how different types of music help cope with stress showed that classical music as the most effective. The study suggested classical music can significantly reduce anger and anxiety, while increasing relaxation.

Another natural, water-based sound that can have magically relaxing effects: that of gently rippling water.

Pentatonic music is music made on a musical scale with five notes per octave. Many cultures across the world have pentatonic music as part of their heritage, independent of one another. There is a natural familiarity humans seem to share with pentatonic music, making it comforting to hear.

A very recent study, published in December 2018 in Complementary Therapies in Medicine found that pentatonic music can be very effective at decreasing stress.

9. Music with 60 beats per minute are the best relaxing sounds

In 2011, a British band called Marconi Union worked with sound therapists to create what was deemed the world’s most relaxing song, called “Weightless.” Part of the relaxation effect of “Weightless” comes from its tempo. The song has a sustaining rhythm that starts at 60 beats per minute and slows to around 50. Listeners’ heart rate naturally slows to match the beat.

We’re already keenly aware of how sounds of nature can soothe us – body, mind, and spirit. The sound of naturally running water is particularly calming. In a study of patients with sleeping difficulties, the sound of a flowing brook was a top choice by patients out of all the natural sounds the study provided. Listening to the sound of the babbling brook resulted in a significant improvement in patients’ sleep quality. Most patients who chose the brook as their preferred soundtrack said they chose it for its “pleasant emotional effect.”

The app — developed by a small Berlin-Based team of artists, developers, and scientists — is called Endel. Sound masking, circadian rhythms, and pentatonic scale define Endel’s core algorithm. Its audio ecosystems are tailored to you based on your heart rate, location, and the time and weather where you are. The Endel ambient soundscape includes all of the natural sounds listed above – falling rain, rippling water, birdsong, ocean waves, babbling brooks – and more, combined with pentatonic music and sound masking.

For the best possible relaxation experience, and some of the best relaxing sounds, try the Endel experience. You can download the app here, or via the button below: